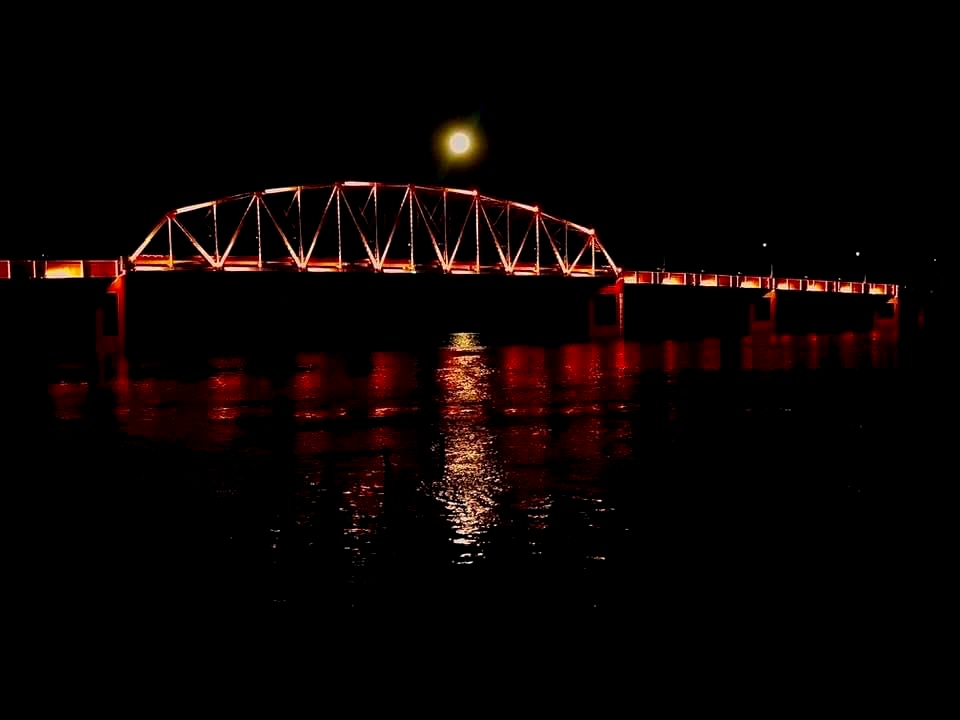 Sarah Hayden
In recognition of Work Zone Awareness week through April 30, local cities and the Rock Island County board have issued proclamations encouraging the public to slow down, obey rules and drive safely through highway work zones.

To raise awareness, the new I-74 Bridge, Centennial Bridge, Davenport Skybridge, the Muscatine Bridge and IH Mississippi Valley Credit Union buildings are lit up in orange, the national color for safety.

Jeff Deppe, secretary and treasurer for Laborers Local 309, and a member of the Rock Island County board, encouraged everyone to do their part in making highway safety a priority by slowing down in work zones and moving over for emergency vehicles.

“This year’s highway safety theme is ‘drive safe, work safe, save lives,'” Deppe said. “We want to see everyone get home safely.”

According to the National Work Zone Safety Information Clearinghouse, in 2019, the most recent year information is available, there were 762 crashes in work zones across the country, resulting in 842 deaths. Of those deaths, 135 were highway workers.

According to the Illinois State Police, there have already been 12 squad car accidents and one officer fatality in 2021, caused by drivers who struck the vehicles as they were pulled over alongside the road.