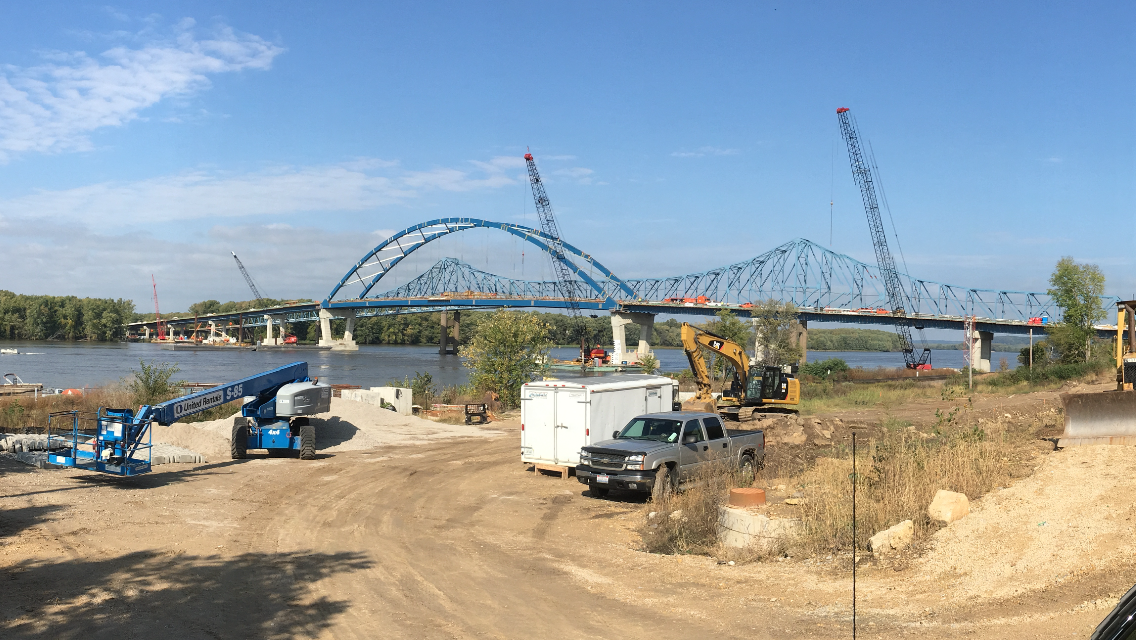 With over 50 Laborer International Union of North America (LiUNA) members working at any given time on the Savanna-Sabula bridge replacement project remains on track. The two LiUNA locals 727 & 43 have manned the project bridging across the Mississippi River.

With Kraemer North America building as the general contractor the project has seen a few delays caused by high river levels. However, IDOT remains confident that the project remains on schedule.

The new $80.6-million bridge will be a 2,462-foot, tied-arch structure, sitting approximately 100 feet south (downstream) of the present bridge, which carries U.S. 52 and Illinois 64 across the river, linking Savanna and Sabula. This bridge will replace the current 83-year-old bridge, set to be dismantled in 2018.

On the Illinois side, additional signatory contractors such as M&M Concrete, Phoenix Corporation of the Quad Cities, Civil Construction and Fischer Excavating work to widen Illinois 84 in Savanna.